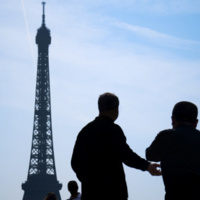 France is tired of being the sidekick of Europe. With Emmanuel Macron assuming the presidency, and his new party En Marche gaining 350 out of 577 seats in the National Assembly, the French people have given Macron more power than any recent president. Leadership in the West is up for grabs, and Macron is not shying away in the slightest. Will the mantel of European leadership be assumed by a renewed Franco-German alliance? Is the sweeping victory of En Marche a rebuke of the European Project, or a sign of unity and determination across the continent? Is the embrace of an outsider’s party a rejection of far-right populism? This French government does not hesitate to shake things up. Louis de Corail, the Consul General of France in Atlanta, and Francois Bresson, Head of Finance Americas of Orange Business Services, will assess the New Face of France.