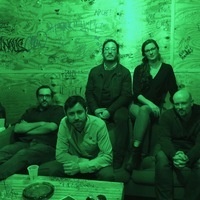 Folksy songwriter Robbie Horlick leads the Atlanta-based, Indie-Folk group Book Club, with members Sam Gunn, Gus Fernandez, Jenna Mobley and Matt Jarrard. There’s a wistful, unpretentious elegance to Book Club’s sound. Blending influences like Dylan, Petty, Reed, Berman, and Molina, with an Americana/Indie spin, Horlick's songs and voice harken to a time of classic Folk songs but keep an eye on the future. They tell honest tales of life, love, heartache, and hope. At once urbane and downhome, Book Club's music is both modern pastoral Pop music that—in sound and spirit—can trace a straight line back to the simple, unaffected roots of American story-song, and a fresh take on the cosmic corners of current Indie music inhabited by Woods, Vetiver, and Purple Mountains.

The band has released 3 LPs to critics and fans acclaim and has toured throughout the Southeastern United States, and the Middle East, and Europe, multiple times. "Wild Town", the band's 4th LP, recorded with Damon Moon at Standard Electric Recorders Co, will be released in the summer of 2021. The first single, "Beautiful There", is out now.

"Comprehensive and wholly encompassing....” - Paste Magazine
“There’s a narrative weightiness and a pastoral simplicity to the sound.” - CMJ

You don't want to miss it!