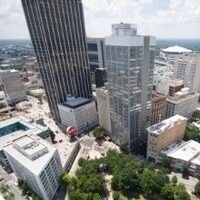 INTRODUCTION: Social support is a protective factor against depression (Szkody et al., 2020). Current social support literature within the western epistemology of research has failed to include the voices of Black mothers to provide a meaningful cultural context within which to view this protective factor (Spates, 2012). The current pandemic has exacerbated adversities, including maternal depression, which is experienced disproportionately among Black mothers (Bailey & Moon, 2020; Farewell et al., 2020). Research within Black communities indicates the importance of social networks (e.g., extended kin, faith-based connections) (Hunter et al., 2019). However, this literature does not focus on Black mothers living with depression during a pandemic. To address limitations in the social support literature, this study used qualitative productive methods to bring forth cultural stories (McDonnell, 2014), to better understand and provide a richer context within which to view existing social support literature.

METHODS: A subsample of 12 Black mothers was drawn from a mobile parenting intervention study targeting maternal postpartum depression. Following IRB approval, individual orientation calls were recorded through Zoom to review the consent form, explain the social support focus of the study, and guide participants to generate photographs that depict their perceptions of social support during a pandemic. Following the orientation calls, mothers independently took up to five photographs, titled each image, selected a single image to share during the subsequent group discussion, and uploaded all their photographs to a secure Dropbox link. After photographs were uploaded, participants were assigned to a group based on the convenience of scheduling. Three groups of mothers, three in each group, were brought together via a recorded Zoom call to discuss their selected photograph relative to how the image represented their social support experiences during the pandemic. Recorded transcripts from the orientation calls and productive group discussions were coded using open-coding, a technique that includes a line-by-line review of each transcript to generate categories that use the participant’s own words (Corbin & Strauss, 1990) to identify common social support groups (e.g., school community, the faith-based community, family, work) to inform the subsequent individual interviews. These emergent social support groupings were identified and left unnamed to allow mothers to provide the names for these groupings during the individual interviews. Individual interviews were completed wherein each mother created a cultural map of support as she: (1) examined direct quotes for each of the nine support groupings; (2) selected quotes that resonated the most with her experience; (3) provided a theme name for each group of quotes she selected; (4) ranked each theme name in order of importance to her; and (5) created a cultural map displaying each theme in the shape of her choice. Next, mothers created a Western-based ecological map to display the number, strength, and direction of support for social connections in their social network (Hartman, 1978). After the individual interviews, a table was created to display the cultural themes named and ranked across mothers to preserve the authenticity of the names given to social support themes and identify patterns of importance across the rankings. Bronfenbrenner’s (1992) social-ecological model, which provides a framework for viewing social ecologies from proximal interpersonal relationships to distal community and societal relationships, was used to situate common and unique themes identified during the individual interviews. The result was an aggregated cultural map portraying the variability in strengths and struggles mothers experienced relative to social support, from proximal to distal during a pandemic. In contrast, the aggregated ecological map illustrated the number of mothers that identified various types of social connections (e.g., partner, family, friend), the strength of those connections (e.g., strong, weak), and the directionality of support. After the cultural and ecological maps were separately aggregated, all participants were invited to view and discuss the two aggregate maps. Six participants participated in individual feedback calls through Zoom to discuss the similarities, differences, usefulness, and resonant stories in each of these maps.

RESULTS: Nine categories of social support emerged from productive group discussions centered on participant-generated photographs relative to how Black mothers with depression experienced social support during the pandemic, including (1) characteristics of support systems; (2) identity as a mother; (3) impact of the pandemic on children and schools; (4) experiences of being sick with, and fearful of, Covid-19; (5) mental health and coping; (6) impact of the pandemic on work; (7) community service; (8) stressors exacerbated by a pandemic; and (9) systemic issues. Individual interviews in which participants selected quotes that resonated with their experiences, named and ranked each group of quotes generated a total of 91 themes. Of those 91 social support themes, 38 (42%) were related to villages and support systems (e.g., people, school, work, church), 20 (22%) pertained to the new normal (e.g., virtual platforms, adjusting to post-Covid life), 18 (20%) related to identity (e.g., being a mother, self-care), 12 (13%) pertained to coping mechanisms, and 3 (3%) related to negative experiences during the pandemic (e.g., financial hardship, systemic injustice). Data generated from the ecological maps showed that, on average, participants reported 11.8 different connections (r = 9-19).  Mothers reported the strongest connections to relatives, partners (e.g., significant others), extended family, and church and the weakest o their children’s school. Relative to the directionality of support, on average mothers, characterized one connection as support received, one connection as the support given, and seven connections as both giving and receiving support.  Resulting from the final individual calls with participants who compared the aggregated cultural and aggregated ecological maps, it was reported that the cultural map portrayed the diversity of strengths and struggles that Black postpartum mothers experienced during the pandemic. The ecological map was viewed as portraying the people with whom mothers could turn to access support when needed. Most mothers stated that the cultural map was a more authentic representation of their experiences relative to social support during the pandemic. All mothers reported that cultural maps and ecological maps could be used together to understand the complete story of how Black mothers define and experience social support during a pandemic.

DISCUSSION: Given the exclusion of Black women’s voices in Western research and its conceptualizations, this is the first study to pair productive methods, which emphasizes cultural stories, with a Western eco-map assessment of social support to understand the culturally rich context of support for Black mothers living with depression during the pandemic. While findings indicate that some emergent themes identified in this study relate to themes in the existing literature (e.g., identity, church, family), this study revealed that the social support experiences of Black mothers with depression during a pandemic are not monolithic. Rather the social support experiences of Black mothers are diverse and nuanced.

Does this event require an admission surcharge and/or seating arrangement notification?