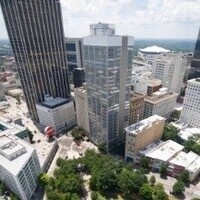 INTRODUCTION:  Over the past years, there has been intense and sustained research interest in diabetes and its relationships with different health conditions and factors. Diabetes is defined as a group of metabolic diseases characterized by hyperglycemia resulting from defects in insulin secretion, insulin action, or both. Without appropriate intervention, elevated blood glucose levels can cause several metabolic abnormalities and disabling complications such as cardiovascular disease, eye disease, neuropathy, and kidney failure. This study is particularly critical as the United States is among the highest diabetes prevalent nations among developed countries. The concentration of HIV and diabetes in the same subjects makes it essential to examine the magnitude of the burden and the predictors of diabetes among persons living with HIV. Nevertheless, the prevalence of diabetes among PLWHIV and its predictors is not well understood.

AIM: This research was done to determine:

RESULTS: The mean age of HIV-infected participants was 40.8±9.8 years. HIV-infected subjects were older, male, non-Hispanic black, never married, had some college or associate degree, and family income to poverty ratio <5 compared with HIV uninfected controls. Apart from alcohol use, there were significant differences in behavioral factors by HIV status. The prevalence of diabetes mellitus was 7.19% in the HIV-infected group and 4.59% in the control group, but there was no statistically significant difference between those two groups (p-value=0.2294). Controlling all factors in the model, those who are HIV positive had a non-significant increased odds of having diabetes than their counterparts (AOR: 1.24, p-value = 0,715, 95% CI: 0.39, 3.90). In this study, increasing age, being married, hypertension, and obesity appear to be predictors of diabetes among persons living with HIV.

CONCLUSION: Overall, the findings showed that the prevalence of diabetes mellitus was higher among PLWHIV compared to their counterparts, but the difference did not reach the significant limit. HIV-infected participants were associated with a non-significant increased odds of developing diabetes mellitus. Increasing age, being married, hypertension, and obesity were found to be predictors of diabetes among PLWHIV.

Does this event require an admission surcharge and/or seating arrangement notification?