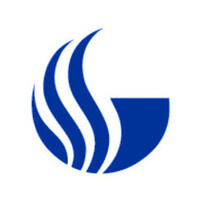 INTRODUCTION:  Asian Americans are of Asian ancestry, and according to the US Census Bureau, they are the fastest-growing racial group in America. Asian Americans comprise people from East Asia, Southeast Asia, and South Asia. The six largest groups in the US are Chinese, Filipino, Indian, Vietnamese, Korean, and Japanese. The term model minority is a stereotype used to refer to Asian Americans in the United States (US). This is because this population is perceived as having attributes (academically successful, wealthy, self-reliant, and submissive) that are desirable by American society. Living under the model minority stereotype of being smart and successful coupled with parent’s high expectations has put great pressure on Asian American college students and has also negatively impacted their mental health. Based on this stereotype and other Asian cultural factors, Asian American student’s mental health issues have been ignored for years. This needs to be addressed as this population also has mental health issues.  Mental health status has been ignored for years.

METHODS: This is a cross-sectional study design. Purposive sampling was used to recruit 100 students at various academic levels (graduate and undergraduate) in Asian American college student organization in Georgia. Students who chose to participate in the study will complete a one-time five-minute online survey in Qualtrics. Student’s completion of the questionnaire was considered as their consent to participate in the study. This study ran univariate, bivariate, and multivariate analyses to connect model minority stereotypes to Asian American college students’ mental health. The results from running different variate analyses were out of 29 responses.

RESULTS: Overall, the data support the research questions of whether students think mental health is real, how their culture and themselves perceive mental health, and student's coping mechanisms. However, due to the small number of responses from students, very few connections can be made between model minority stereotypes to the determinants of mental health. The bivariate analysis presented data in favor of a relationship between depression and future financial security controlling gender, ethnicity, the generation living in America, and academic standing.

DISCUSSION: The study assessed the association between model minority stereotype and mental health illness in Asian American college students. Overall, the data support the research questions of whether students think mental health is real, how their culture and themselves perceive mental health, and student's coping mechanisms. Controlling for the determinants of mental health shows that the majority of Asian American students worry over their future financial security. Worrying about future financial security contradicts the stereotype of Asians being the model minority because, according to the US Census Bureau, they have the highest income bracket. What needs to be looked at for future study is the breakdown of the income bracket of different Asian ethnicities to see if high income is the same across the border.