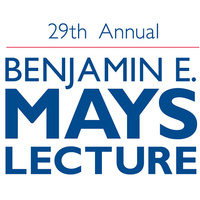 This event, hosted by the Alonzo A. Crim Center for Urban Educational Excellence, is free and open to the public. A reception will be held from 5:30-6:30 p.m.

A nationally-known education policy and leadership scholar and former urban K-12 school teacher and administrator, Fenwick is co-founder of the Howard University-American Association of School Administrators Urban Superintendents Academy and a past member of the Harvard University Principals Center Advisory Board. She is the 2011 recipient of the W.E.B. DuBois Award for Higher Education Leadership and is a member of the scholarly advisory committee for the Smithsonian National Museum of African-American History and Culture. Her op-ed articles about education, the economy and urban development have appeared in the Washington Post, The Boston Globe, Education Week, The Huffington Post, and Diverse Issues in Higher Education.

The title of her presentation is, "Looking Behind the Veil of Urban School Reform."

Benjamin E. Mays was a minister, educator, sociologist, social activist and the president of Morehouse College in Atlanta from 1940 to 1967. He also was president of the Atlanta Public Schools Board of Education and supervised the desegregation of Atlanta’s public schools. The annual Mays Lecture encourages the discussion of issues facing urban educational leaders, honors the memory of Mays and promotes his philosophy of excellence in the education of those typically least well served by the larger society.

The College of Education and Human Development